So, let’s re-cap. My baby boy is 16. My spring semester has started and it is already kickin’ my ass. More on that later. I currently have art work in 2 group exhibits with a benefit show coming up at the end of the month. 2013 has been pretty exciting eventful exhausting so far.

I am taking a quick break between to-do lists to show you my results for the True Free Spirit class’s January project. This post showed you the beginnings of my first piece and a digital painting. Here is the finished 9×12″ piece: 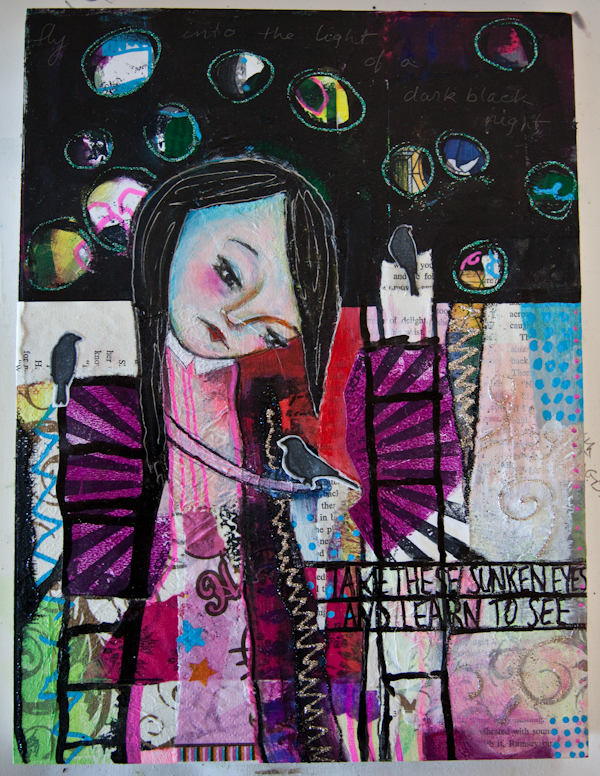 Damn. There is a lot going on in th0se mere 108 square inches!

I also downloaded a new iPad app, Procreate, and made this: 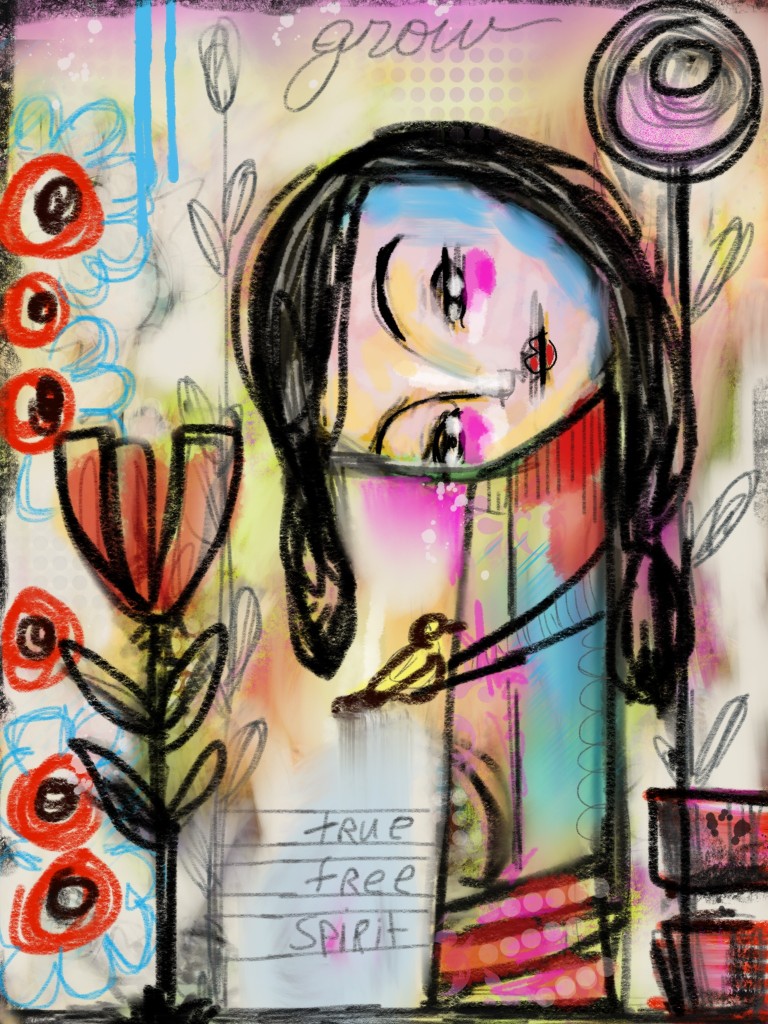 And as much as I said I love the ArtRage app, this one is far more user friendly and has some fun textures. And between the 2, I can RULE THE WORLD!!

ahem   //smoothes skirt, sits back down

And then I jumped on a chance to donate another “heart” themed piece for the Hearts for the Art Benefit on Feb 26th. Why? Because I have obviously suffered a severe blow to the head. Having already ear-marked the only pieces I had that referenced the heart to the BodyTribe show, I was left having to create something new. So in an attempt to make things just a wee bit easier for myself, I decided to loosely recreate my True Free Spirit girl on an unfinished 20×24″ canvas. And that worked out swimmingly! 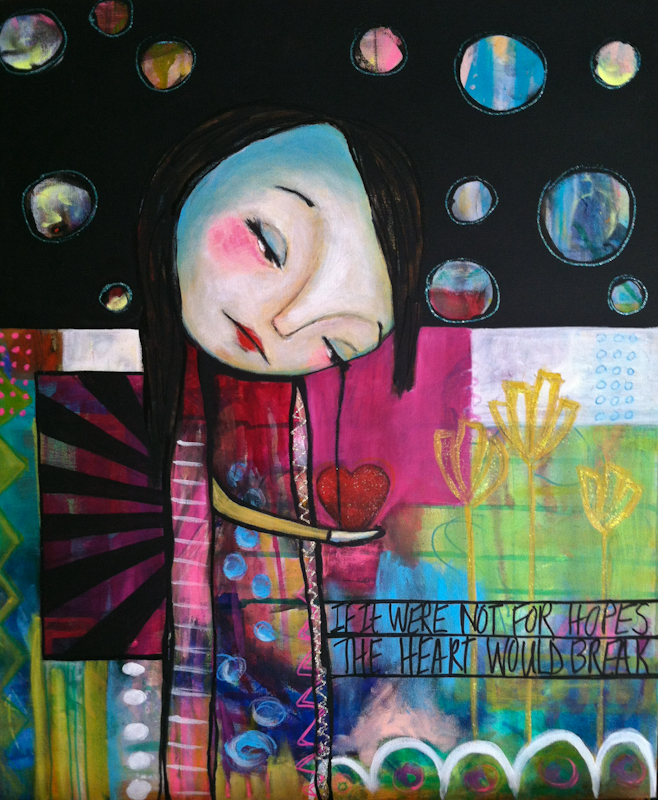 No muss, no fuss. Just need to build another frame for it and it is ready to go.

And as much as I would like to start the February project, I have a painting for my Illustration class due in 2 weeks! Back to the to-do list…