Even though it was going to be over 100 degrees last Saturday, I had an Award Ceremony to attend so Chris, Erin, and I went to the California State Fair!

The Fine Art building is air conditioned so the award ceremony was no problem. Except for the fact the Chinese Dragons were dancing outside at the same time. (FYI, Erin is getting heavy!) 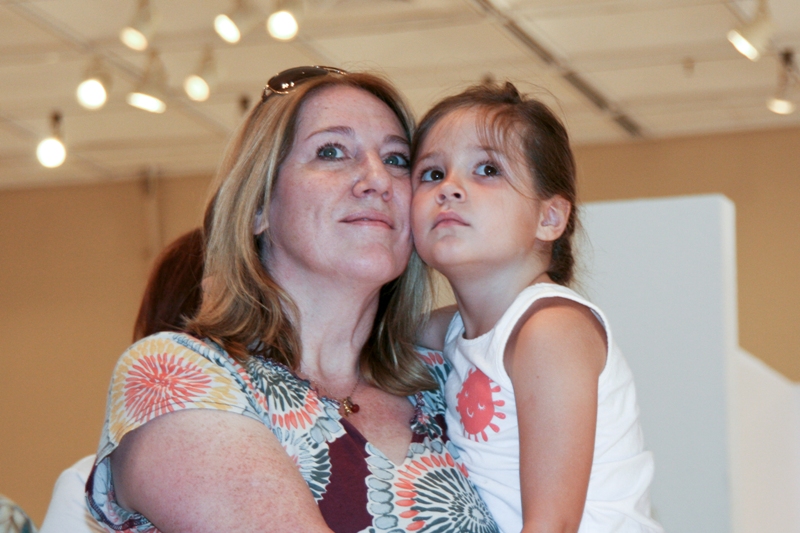 After that we had to brave the heat and  check out the animals. We saw all the horses and all the cows. We saw some piglets and then Erin got to milk a goat! Here is the approach: 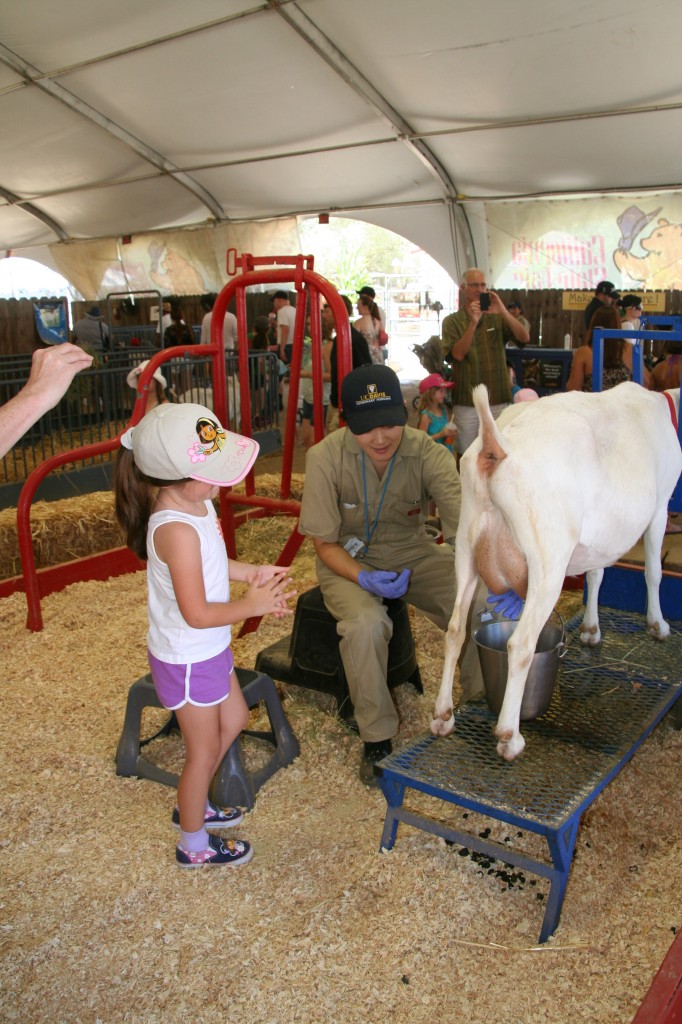 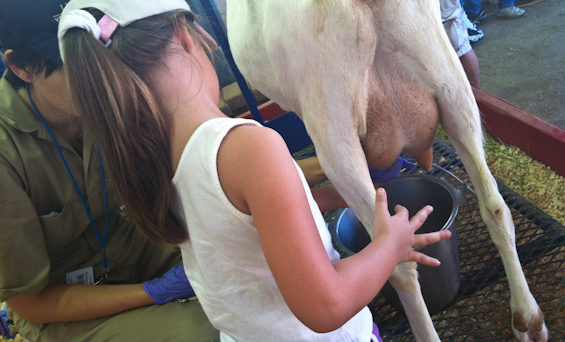 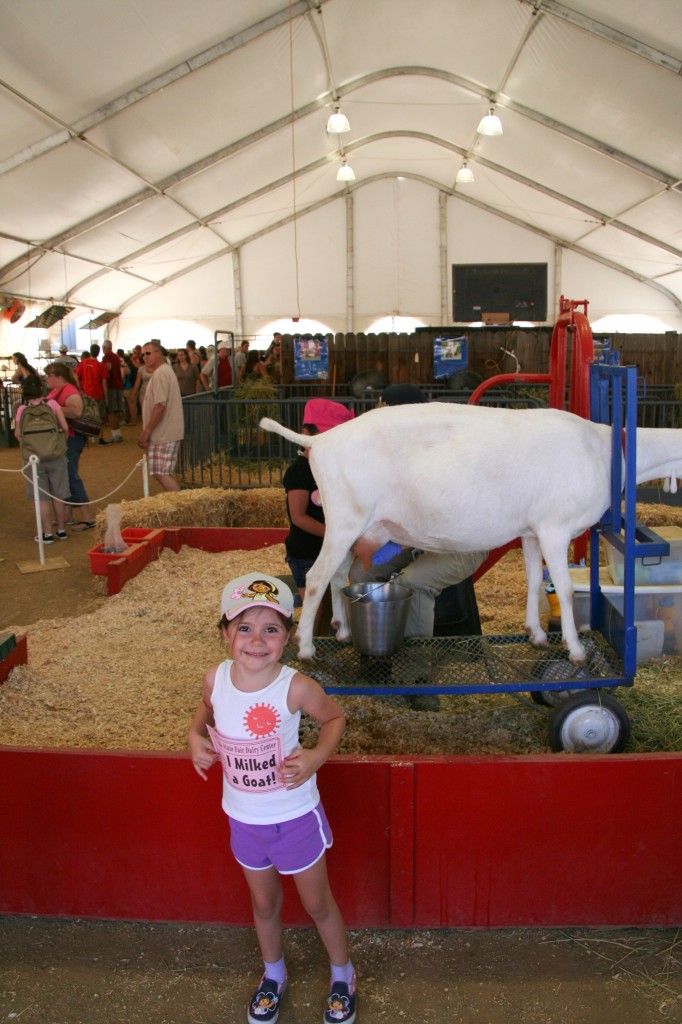 Then she wanted to go on a ride! 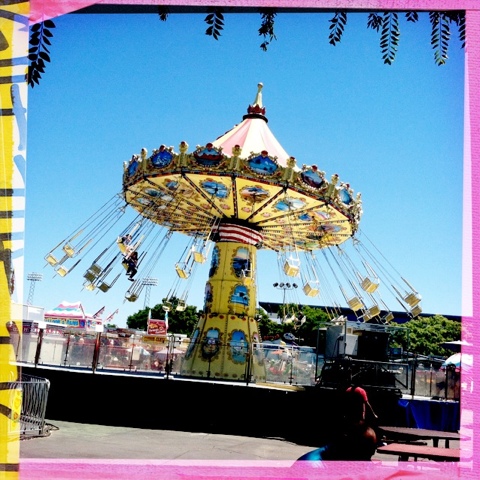 But first we had lunch. And then Chris almost lost his in this innocent looking strawberry from hell! 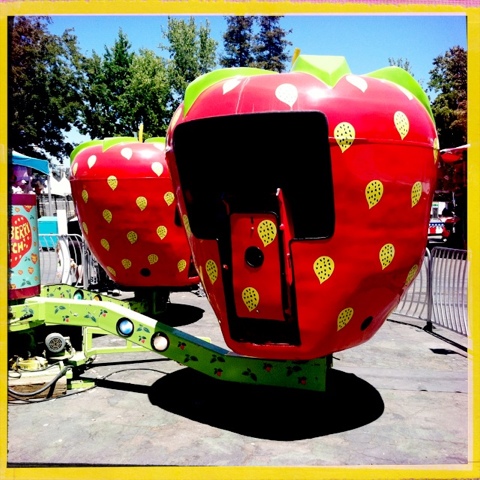 And then Erin braved The Hopper solo. And loved it! 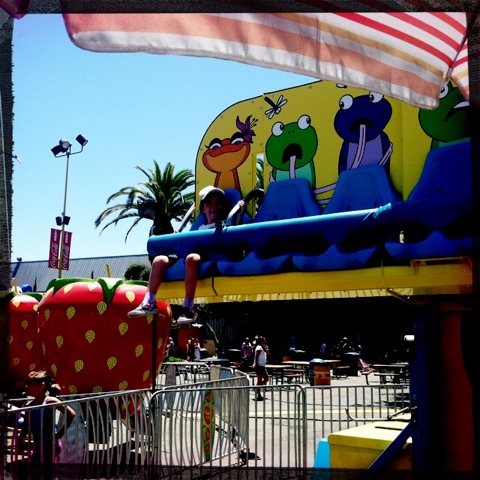 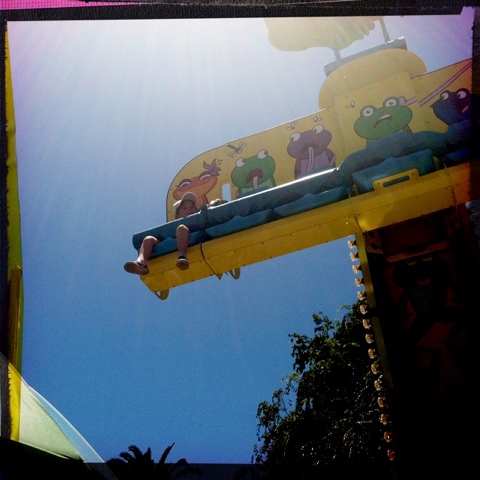 Oh look! A petting zoo! We must pet all the pets! Twice!! Baby deer! 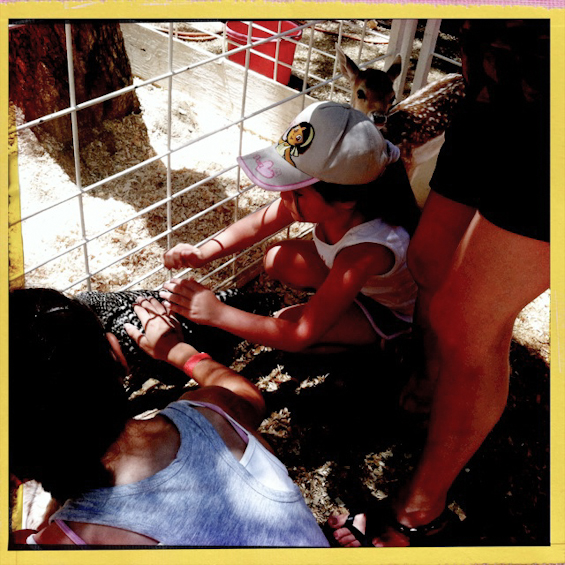 And damn, that chicken was the softest thing ever. Erin tried to put it on her head. I don’t know why. 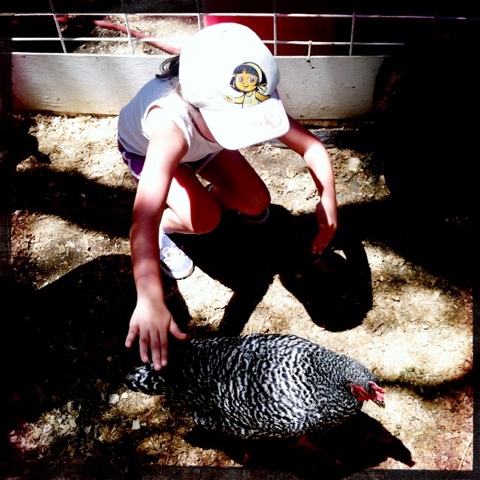 I don’t know about this goat on goat business either. 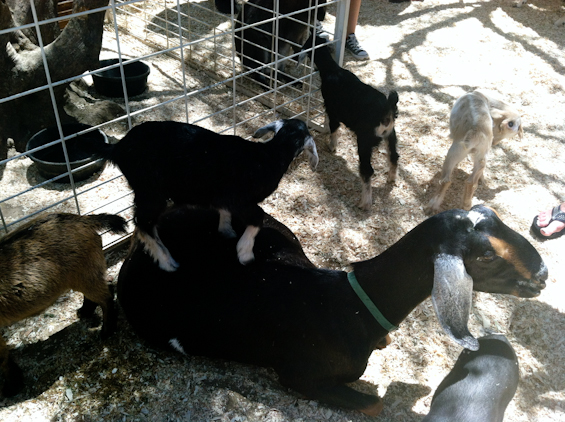 Back through the Fine Art exhibit and then we were done. A souvenir on the way out. 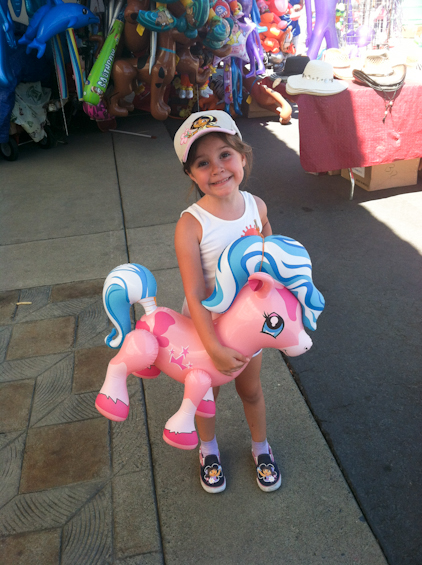 A good time had by all! I at least waited until we got home to crash… 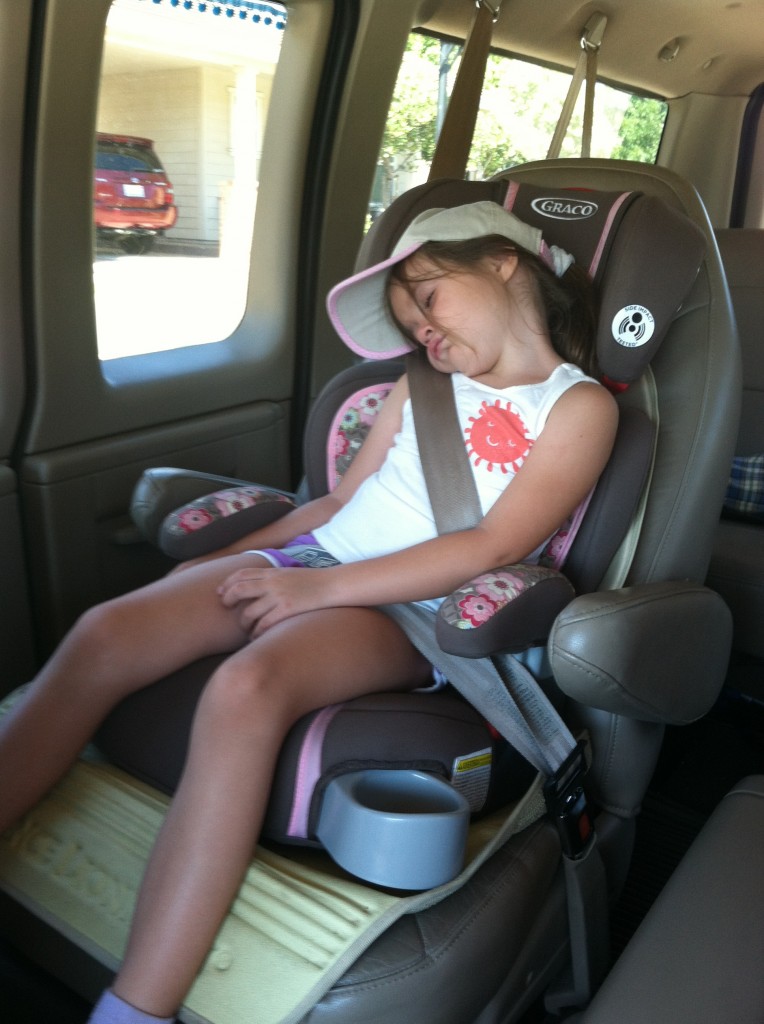 4 days later, I think I have recovered.