Wow. I just finished re-reading The Watchmen last night. Damn. On so many levels. 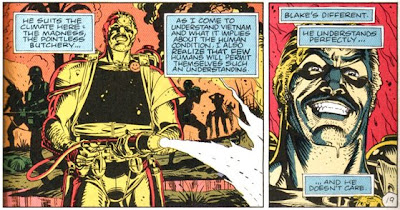 And with that stunning assessment, it is time to catch you up on what I have been reading. After finally finishing The Shock Doctrine last fall, I hunkered down in the fiction section to nurse my wounds and regain my strength.
According to my Goodreads* account, I’ve read:

Which brings me back to The Watchmen. Damn. It was fanfuckintastic. The Sain’t gave it to me to read the first time in – let’s see, we determined it was my second stay in San Francisco, so that would have been ‘92? Early ‘93? And like the Vonnegut book, I didn’t remember much of anything about the plot, yet turning each page there was a familiarity, a “oh yeah!” moment. I did remember the comic with-in story, but the end was a complete surprise. How nice. (It seems 15+ years does the trick. There was a postcard for a gallery opening dated 1992 in the Vonnegut book.) And now it’s finished. And I’m feeling rather lost. But hey! The movie will be out soon! And when it comes out on DVD later this year, I’ll finally get to see it. I’m not worried. Those uber-in-laws will take care of me. Bob’s TV is large enough to rival any movie theater. And there will probably be cake. Whether I like it or not.

What am I reading now? Dreamweaver CS3 – The Missing Manual. Cause I just can’t stand not lugging a big heavy programming book around with me everyday. It’s an illness I tell ya, an illness.

* ya know, I was just talking to Chris about my FBI file. Everyone has one right? Mine should have a flag on it by now don’t you think?! (I’m now following Karl Rove on Twitter!) Anyways, “they” say they track your library records and searches on Amazon etc. Well Goodreads.com and its ilk make sure they don’t miss a thing! Books bought at a garage sale? Loaned from a friend? Handed to you in an airport with a marigold for a bookmark? Let me just add that to my Goodreads account. It’s the equivalent of polishing the silver tray, donning white gloves, and spoon feeding the info right to the data miners. Damn. I should quit everything and start focusing on the JFK conspiracy full time! And UFOs.

We have a slab!! And Chris has covid. Erin and I

Uhm... anyone need some basil?? #fromthegarden #

Straight from my garden to your nightmares. #that