You heard that little birdy right – my new photo site is up and running. It took several days of downloads, databases, mySQLs, phps, uploads via FTPs, and several small sacrafices to Al Gore, but I did it. So, without further ado, I give you –

Sure, there are only a few photos there now, but I’ve got a whole second hard-drive full of images, so I’ll try to add one a day for awhile. Of course there will always be flickr for you baby-viewing needs. In fact, after a few more 4th of July beach shots, there is quite the run of family photos to be uploaded. Including before and after shots of Paul’s head.

And speaking of haircuts, I did a few more things this weekend. There was the Scott Kelby Worldwide Photowalk on Saturday morning in Old Town Sacramento. That was alot of fun and I met some very cool people. I’ll have those shots up on Flickr by next Tuesday. And when I got home I did this!

Kyle on the first day of Middle School: 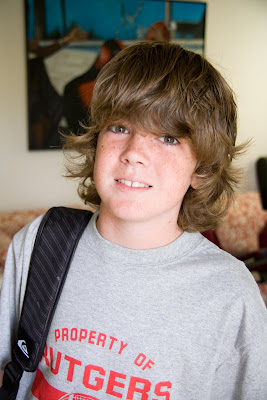 Kyle after I gave him a haircut: 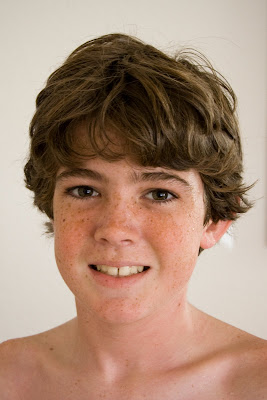 Yes, I cut Kyle’s hair. And I think I did a pretty good job of it. Of course, Kyle thinks it’s too short. But after what I went through before the haircut (I don’t want to talk about it) he is lucky he has any hair left at all! Hey, I had even forgotten that he had eyebrows.

So, regarding Me vs. my To-Do list, the tally is:
Me: 3.5 tasks completed (I finished my dad’s cd, but still haven’t mailed it)
To-Do List: 2.3 million things left to do. The bulk of that being laundry of course. And hey, my Fall Semester starts tomorrow so yeah… I’d best get going.

3 thoughts on “I want to verse you”