My phone rang last night after I was in bed. Not quite asleep, but on my way. I hate that. It scares me. It was my nephew Brady in Michigan calling to tell me he had talked to my brother David.

(David is also in Michigan. My family is in Michigan. I’m in California. I don’t want to live in Michigan, but I hate the 2300 mile distance between us!)

So, Brady talked to David; not your typical reason for a late night call. Or a blog post for that matter, but this was big. No one had seen or heard from my brother in over 6 years! He had just fallen off the face of the earth. One of those things where you would ask “hey, have you heard from David recently? No? Weird.” Until it became “hey, will you drive out to the west side and see if you can find David?”. And then “hey did you know that P.I.s don’t ‘find’ people any more? wth?”

Before he went MIA, my brother worked with my nephew for many years. Was always hanging out at his house. And he would show up at the folk’s house periodically. Always manged to stop by around his birthday. So Brady was the go-to for David info. I didn’t talk with David that often, but I always knew what he was up to and that he was okay via Brady. Then he just wasn’t anywhere. Even missed stopping by my parents for his birthday. And my dad started asking me if I had heard from him. No, I hadn’t. And neither had Brady. So we wondered, and then we worried. And years passed. And every time I talked to my dad, he asked about David. And it was heart breaking and I was over 2000 miles away and could do nothing except call Brady again and ask him to go look for David.

In the meantime, I got remarried. Had another kid who is now 4. Kyle is six feet tall and no longer plays with the matchbox cars his uncle gave him so many years ago. And then yesterday David calls Brady. Just like that! He’s living in our home town with his friend Terry. Just like we thought/hoped/couldn’t confirm. So they talked for a couple hours and then Brady called me. And I called David this morning.

I didn’t yell at him. I did let him know that we had been worried sick and he needs to go see dad. And I told him that I loved him. And, if he ever disappears on us again I will buy another pair of pointy cowboy boots and  kick. his. ass! 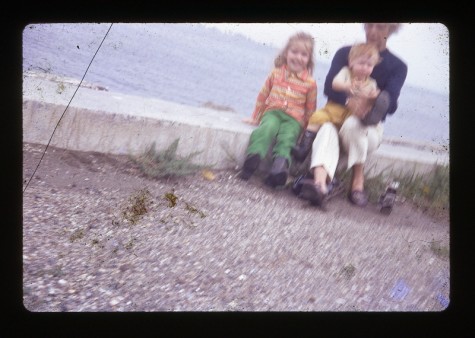