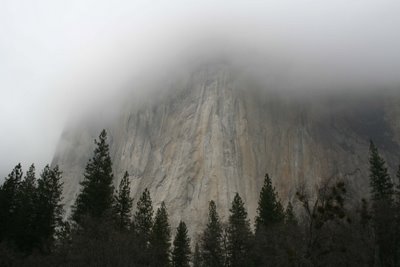 Chris took me on a reconnaissance mission to Yosemite National Park this past Saturday. I had never been but Chris practically lived there during his college years. (He said he took a light enough course load to be able to get all his work done during the week so he could go climbing every weekend. I guess that is how you can end up at 40 without ever having been to a concert – a fact that still boggles my mind!)
We spent the day cruising around the valley; Chris pointing out all the routes he’s climbed (and ledges he’s slept on!) and the routes he’ll take me on this summer. Right…
The valley was socked in with fog so the top 1/2 of El Capitan and the other peaks were hidden. You couldn’t see Half Dome at all. So I didn’t get the full effect of 3,000 foot walls – and I’m ok with that because the next time we go we’ll have our climging gear with us. Let’s not think about that. La la la – I have a pretty skirt!
And this was the only spot of blue we saw all day. 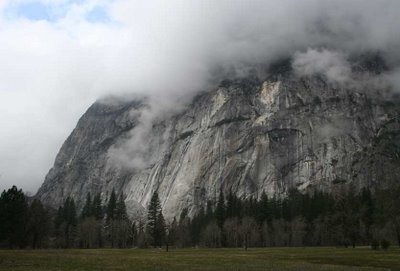 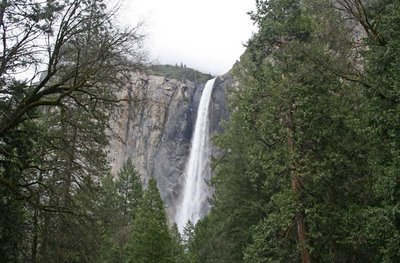 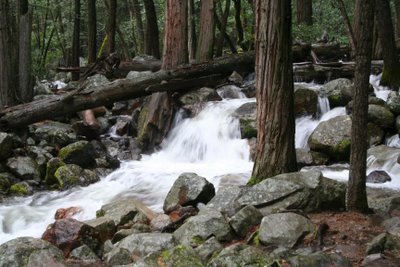 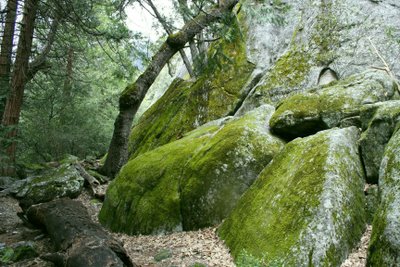 There might not have been blue skies but the lush greens and the fine ass I followed around more than made up for it!